When something is wrong with our vaginas we are very reticent to talk about it. Sexuality and our expression of it, unfortunately, can be steeped in disgust, shame, and despair.

It is possible that you have never heard of vaginismus before. Why? Because it’s the disorder nobody wants to talk about, least of all those whom it affects most, people with vaginas.

Take a moment to imagine that your body could not have penetrative sex. Imagine that the musculature of the outer third of your vagina around your vaginal opening (introitus) became so locked up, so tense and contracted at the very idea of penetrative sex, that no matter how much you loved or cared for the person you wanted to have sex with, absolutely no vaginal penetration could happen, not even a finger! Making penetrative sex, medical procedures, or tampon/cup insertion impossible.

Vaginismus is the primary cause of sexless marriages. A very real condition that affects 5-17% of vulva owners worldwide (Spector & Carey, 1990). That’s a lot of people and probably a conservative clinical estimate given how hush-hush we are around sexuality and vaginas. Vaginismus and other pelvic pain conditions are far more common than most people realise.

Vaginismus is the body’s sympathetic nervous system response (fight or flight) to the fear and/or disgust that is ignited when the person thinks of vaginal penetration.

The vulva owner experiencing this condition has no control over when the muscles contract and when they let go. We are finding, as more vaginismus research becomes public, that usually, it is not a medical/anatomical problem as those experiencing it can assume. Generally, it is thought that the condition is 10% physical and 90% psychological.

Because people suffering from vaginismus think there is something wrong with them they are ashamed and they suffer in silence. Unfortunately, the etiology of this condition is largely unknown, probably in part due to the fact sufferers are so reluctant to come forward.

But this is what we do know…..

There are two main types of vaginismus; primary and secondary.

Primary vaginismus is something you have had your entire life, where you have never been able to insert anything into your vagina. At best, perhaps you could get half a finger in but you certainly can’t have sex.

According to Dr. Martha Tara Lee, Singapore-based relationship counselor and clinical sexologist, a lot of vaginismus sufferers she has worked with have been raised with a strong conservative upbringing with little or no sexuality education. They have learned that the body, especially the genitals are “dirty” – these people have never looked at their genitals or even touched themselves “down there”.

Going into marriage as virgins they have heard that sex is painful says Dr. Lee.

“I have seen people who live in unconsummated marriages for 15 years and only present to a medical practitioner when they want to have children”, she explains.

There has been a lot of research into evolutionary mechanisms and we are learning that vaginismus is not only about fear of what is potentially entering the vagina, like a penis, digit, vibrator/dildo, speculum, or tampon but also about disgust. It is complex, but a person’s expression of their sexual desires, needs, and impulses are different from disgust.

Secondary vaginismus is where someone has previously been comfortable with penetration, but some kind of trauma has brought on the vaginismus later in life.

The great news is that vaginismus is treatable if the person suffering is willing and wanting to heal.

“To treat it holistically, you need to treat both the physical and psychological aspects,” Dr Martha Tara Lee says.

“Finding a GP and practitioners that you feel safe and relaxed with and are specifically trained in working with vaginismus is paramount and the key is a consistent commitment to your healing”.

Penetration difficulties from vaginismus are treatable and most vulva owners can expect to see improvements with little or no remaining pain or discomfort. Women experiencing ongoing sexual tightness, discomfort, and pain, penetration problems, or unconsummated relationships can expect positive changes in their condition.

Treatment steps can usually be completed at home using a self-help approach, allowing a woman to work at her own pace in privacy, or in cooperation with her health care provider or specialist. Vaginismus treatment exercises follow a manageable, step-by-step process.

The big thing about vaginismus, primary and secondary, is that it is treatable.

Cyd Crossman is a Somatic Sexologist and Embodiment Therapist based in Byron Bay, NSW Australia.

You may also enjoy: 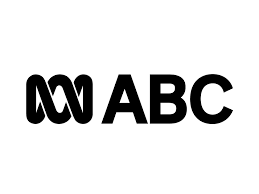